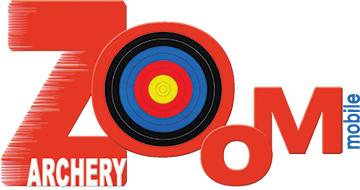 Archery is one of the oldest arts still practised. This history will not only take you through a journey on the evolution of archery, but also through the history of mankind. Evidence of ancient archery has been found throughout the world.

Although archery probably dates to the Stone Age (around 20,000 BC), the earliest people known to have used bows and arrows were the ancient Egyptians, who adopted archery at least 5000 years ago for purposes of hunting and warfare.

In China, archery dates back to the Shang dynasty (1766–1027 BC). A war chariot of that time carried a three-man team: driver, lancer and archer. During the ensuing Zhou (Chou) dynasty (1027–256 BC) nobles at court attended sport archery tournaments that were accompanied by music and interspersed with elegant salutations.

When the Chinese introduced archery to Japan in the 6th century, it had an overriding influence on later etiquette and techniques. One of Japan’s martial arts was originally known as kyujutsu (the art of the bow), now known as kyudo (way of the bow). Modern Kyudo is practiced primarily as a method of physical, moral, and spiritual development. After certain ritual movements, the archer moves to the shooting line and shoots from a distance of 28 metres at a target 36cm in diameter set in a bank of sand that is roofed over. The bow used is 2.21 metre-long and made of laminated strips of bamboo and wood.

In the Greco-Roman period, the bow was more used for personal exploits or hunting, rather than warfare. Cheap software store. Archers are frequently seen on pottery at that time. The Parthians were horsemen who developed the skill of swivelling around in the saddle and could shoot backwards at full gallop.

Middle Eastern superiority in archer equipment and technique continued for centuries. With bows like those of the Assyrians and Parthians, Attila the Hun and his Mongols conquered much of Europe and Asia, and Turkish archers threw back the Crusaders. The Asian/Turkish bows were highly efficient and the record shot with a composite Turkish flight bow was close to 900 yards, far beyond the capability of an English yew bow.

The popularity of archery is reflected in the many ballads and folklore, such as for instance Robin Hood, to name the most famous one. References to archery are also frequently made in Greek mythology, in which the story told of Ulysses in the twenty-first book of the Odyssey is a well-known example. Ulysses is indeed mentioned as being eminently skilled in the art of archery. Penelope, thinking that her husband will never come back after 20 years of absence, forms a resolution to determine which of her suitors shall receive her hand by shooting with Ulysses’s bow. Ulysses, back from the Trojan War and disguised as a shepherd, is the only one able to draw his own bow and shoot an arrow through twelve rings. This way he can prove his wife who he is and defeat all of those who had taken advantage of his long absence.

English literature also honours the longbow for famous victories in the battles of Crecy, Agincourt and Poitiers. The first known organised competition in archery was held at Finsbury, England in 1583 and included 3000 participants! By the time of the 30 Years War (1618–1648) it was clear that, due to the introduction of the gunfire, the bow as weapon belonged to the past. Since then archery has been developing as a recreational and competitive sport.